an article published in the July 2007 Deep Cove Crier
Greetings from Ontario
By the Rev Dr. Ed Hird

I have always loved books. Most pictures taken of me as a child showed me reading books. I even read books at hockey games, at least during the intermission.

Recently I attended “Write! Canada”, a four-day national writer’s conference in Guelph, Ontario. Rubbing shoulders with 225 other authors, editors, and publishers reminded me that I truly am a bibliophile (book-lover) from a long line of bibliophiles. My father read so many books as a young person that his public library put a restriction on how many books that he could take out per day. All columnists and reporters have a love for words, including my great-grandmother Mary McFadden McLean who disguised herself as a Roman Catholic priest in order to interview Louis Riel. Her Regina Leader-Post Editor told her: “An interview must be had with Riel if you have to outwit the whole police force of the North-west.” Riel said to my great-grandmother on Nov 19th 1885: “When I first saw you at the trial, I loved you.” 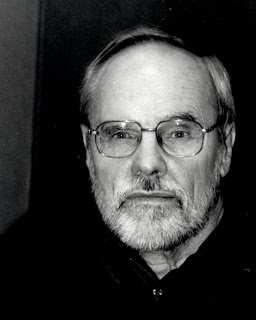 Rudy Wiebe, the plenary speaker at The “Write! Canada” conference, reminded me that it is important to share one’s story and one’s experience. It is also important to do this in a way that builds others up. As the proverb says, it is better to light a candle than curse the darkness.

Because of my new book ‘Battle for the Soul of Canada’ and my writing for the Deep Cove Crier and the North Shore News for many years, I accumulated enough ‘points’ this year to be accepted as a professional writer in the national writers’ organization, The Word Guild http://www.thewordguild.com/ . The 280-strong Word Guild, which sponsors the annual “Write! Canada” conference, has a mandate of connecting, developing and promoting Canadian writers and editors who are Christian. Writers from beginner to professional level were able to sharpen their skills through top-notch instructors. The conference also offered networking and marketing opportunities, appointments with literary agents and editors, manuscript critique services, open-mike reading sessions and a gymnasium-sized bookstore well stocked with reference materials

The long-term vision of The Word Guild is to connect with Canadian culture through writing from a Christian worldview. Its immediate goals are to help writers and editors at all stages interact with each other, develop new skills and discover new publishing opportunities. Many writers and editors struggle with isolation—many often work alone, sometimes from their homes, and do not have the opportunity to interact with their peers very often. The Word Guild also offers prayer support through a dedicated group of people praying for The Word Guild, and the writing-related needs and requests of its members. I was very impressed to discover that The Word Guild offers critique groups, a mentoring program and national and regional conferences, designed to encourage excellence in our craft.

The high point of The Word Guild year is the black-tie Award Gala held this year at Wilfrid Laurier University in Waterloo, right before the ‘Write! Canada’ conference. It was hosted by Christine Williams, the producer and host of On the Line on CTS TV; and by Rick Gamble, formerly a reporter at CTV's Kitchener affiliate CKCO, now a communications instructor at Wilfrid Laurier University.

At the event honouring work published by Canadian writers who are Christian, winners ranged from well-known, venerable theologians Dr. J. I. Packer and James M. Houston, to 14-year-old Richard Weening, the youngest-ever winner. Entries were judged according to excellence of writing; impact (the inspirational or informational value making it worthwhile); fulfillment of stated purpose; suitability to target audience; originality and freshness of style. The number of entries more than doubled in the past three years in The Word Guild contest, which is open to any Canadian citizen or permanent resident who affirms The Apostles' Creed. A total of 231 entries were received.

Rudy Wiebe, one of Canada's most acclaimed authors with eight novels to his credit, was given the Leslie K. Tarr Award for outstanding career contribution to Christian writing and editing in Canada. Wiebe, 72, of Russian Mennonite background, is widely published internationally and has twice won Governor General's Literary Awards for his novels.

The Tarr Award capped numerous honours for Wiebe in 2007. His memoir, Of This Earth: A Mennonite Boyhood in the Boreal Forest (Knopf Canada), won the $25,000 Charles Taylor Prize for Literary Non-Fiction.

Wiebe admitted that he was surprised to be chosen for the Tarr award because he writes for large secular publishers and is better known within literary fiction circles than in Christian circles.

"I write realistic stories about people in tough situations who have problems and conflicts that are not easily resolved—not romances where everything ends nicely,” he explained in an interview.

The Vancouver Island author Mark Buchanan won the Christian living category for the fourth time with his fourth book, for The Rest of God: Restoring Your Soul by Restoring Sabbath (Thomas Nelson). I was short listed as a finalist in three categories, and was pleased to receive top prize in the category of best independently published nonfiction book. So far ‘Battle for the Soul of Canada’ has sold over 1,300 copies, with another 5,100 just out in a second printing.

I would like to personally thank our Deep Cove Crier publisher Bruce Coney for believing in me over the past two decades. His encouragement has helped me keep writing and growing through the challenges of life. I would also like to thank the thousands of Deep Cove Crier readers who have faithfully read my column, and often said kind words to me when I meet them at Parkgate Shopping Centre, or down in the Cove. Perhaps one-third of my book ‘Battle for the Soul of Canada’ was previously published in my Deep Cove Crier articles. Your support and prayers for me have been a big part in the birthing of this award-winning book. Please continue to pray for me, as I have been told that there are other books inside of me waiting to be birthed.

The Reverend Dr. Ed Hird
p.s. In order to obtain a copy of the book 'Battle for the Soul of Canada', or any of our six books in paperback or ebook on Amazon, just click on this link.