As Sick as Our Secrets

There's an oft-heard saying in the recovery community: “We're as sick as our secrets.”  Over the years, I have met many people in abusive situations who have paid a great price to eventually extricate themselves from the vicious cycle of manipulation and recrimination. Only the truth, however painful, can really set us free.
Secrecy keeps us chained to our abusers. At the heart of the ‘twelve steps’,[ii] in Step Four and Five, is the willingness to break the power of secrecy by admitting to God, yourself, and another person the exact nature of how 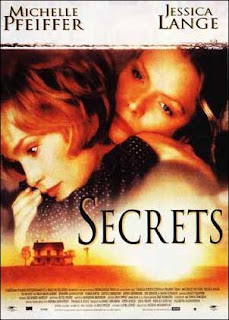 you have wronged other people.
I have done many ‘Fifth Steps’ for others over the past twenty-four years. It is always such a privilege. I feel like I grow so much through this opportunity. I notice, however, that ‘Fifth Steps’ are very difficult in our secretive, victim-based culture. Many people want to come to me and admit the exact nature of how they have been wronged, but not how they have wronged other people.
Until we can open up and get such things off our chest, we are still stuck with guilt, recrimination, and self-doubt. We really are as sick as our secrets. The Bible tells us:Cast our cares upon the Lord, for He cares for us. (1 Peter 5:7)
I have found that sharing deeply my heart with another caring, listening person can be profoundly liberating. That is why we are encouraged by James, Jesus’ brother: confess your sins to each other and pray for each other so that you may be healed. (James 5:16)
I have a number of friends who have recently had the courage to go see Bonnie Chatwin, a North Shore Pastoral & Clinical Counselor.[iii] It was not at all easy for them to do this, but I was amazed by the breakthroughs that they have achieved. How much do we want to be well? Often the price of being well is giving up our obsessive need for independence and secrecy, and beginning to trust another person with our life story.
We as Canadians live in a culture that has become more secretive and private. The vast majority of Canadians still believe in God, prayer, and Jesus’ resurrection, but such faith concerns have largely gone into the closet. There is a widespread perception that faith is so personal and private that it cannot be mentioned publicly.
The recent 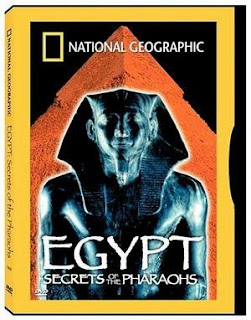 Da Vinci Code fad fits totally into that way of thinking. It implicitly teaches that true spirituality is about dark hidden secrets that only the elite may know about: secrets allegedly hidden in Da Vinci’s paintings, secrets covered by an alleged secret society named the Priory of Sion, secrets about Mary Magdalene and Mother Eve in the Garden of Eden. Over one hundred million North Americans have either read the Da Vinci Code book or seen the movie.
There is something in us that is drawn to secret knowledge and secret passageways. But is secrecy really the way to health and life? Is secrecy really the key to genuine spirituality?  Paul taught Timothy in 2 Timothy 4:3-4:The time will come when men will not put up with sound doctrine. Instead, to suit their own desires, they will gather around them a great number of teachers to say what their itching ears want to hear. They will turn their ears away from the truth and turn aside to myths."
The false elders that Timothy was replacing in Ephesus had been drawn back into the secret, occult ways of the Temple of Diana/Artemis (1 Timothy 1:3-4). People are sometimes shocked by the word ‘occult’, but all it means, according to the Concise Oxford Dictionary[iv], is ‘concealed, kept secret’. ‘Occult’ comes from the Latin root ‘celare’ (to hide).
The most famous person in the world once said: I have spoken openly to the world...I said nothing in secret. (John 18:20)Jesus also said: Whatever is hidden is meant to be disclosed, and 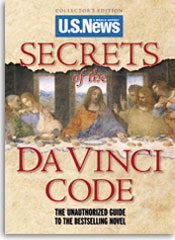 whatever is concealed or secret is meant to be brought out into the open. (Matthew 4:22)
Rabbi Saul/Paul, who was Jesus’ most famous disciple, commented: We have renounced secret and shameful ways; we do not use deception, nor do we distort the word of God. On the contrary, we set forth the truth plainly...(2 Corinthians 4:2)Contrary to the claims of the Da Vinci Code, Christianity has no secret codes, no secret initiation rites, no secret vows. Jesus said nothing in secret. Jesus brought everything out in the open.
We really are as sick as our secrets. As we battle for the soul of our nation, may God bring us out of the hidden darkness and into his visible light.
The Rev. Dr. Ed Hird
http://battleforthesoulofcanada.blogspot.com
[ii] “Twelve-Step Program”, http://en.wikipedia.org/wiki/Twelve-step_program
[iii] Bonnie Chatwin Counselling and Consultation, http://www.bc-cc.ca
[iv] http://www.askoxford.com/worldofwords/wordfrom/concise11/?view=uk
p.s. In order to obtain a copy of the book 'Battle for the Soul of Canada', or any of our six books in paperback or ebook on Amazon, just click on this link.