TORONTO-AREA book publisher Larry Willard sees a possible way out for struggling Christian bookstores that have been hurt by lost sales of popular American titles -- such as the Left Behind series, The Prayer of Jabez and The Purpose-Driven Life -- to retail giants like Costco, Wal-Mart and Indigo.

"I think the focus needs to get off American product," he says. "They should be looking at Canadian product. They have an unique product and that's what they should be trying to put out the door."

Markham, Ontario, novelist N. J. Lindquist (Glitter of Diamonds) goes further. The founder in 2002 of The Word Guild, a support network for about 300 Christian writers, she believes something needs to be done to "get bookstores across Canada that are Christian to actually care that Canadian authors are promoted."

"I find it really, really difficult to get my books into the [Christian] stores," she says. "Frankly, I'm selling more in the U.S. than in Canada, and I find it much easier to get into the mainstream than I do into the Christian stores."

But Kevin Lee, proprietor of Sign of the Fish, a small Christian bookstore in North Vancouver, BC, counters that while he will do what he can to promote local authors, the fact remains his profit-margin depends on him offering the products his customers want. 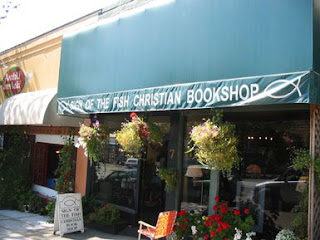 "I don't feel guilty or overly mercenary in doing that," he says. "It has to be operated as a business . . . as a prudent piece of stewardship. You can 'minister' yourself into the ground operating a bookstore, I think, and that's not going to do anybody any good."

"We do in fact actually sell a really good selection of . . . lesser known authors simply to provide an unique kind of selection," says Margo Smith, co-owner of Hull's, a family-run Christian retailer in Winnipeg. "There's a lot of pressure that's been put on us with the taking away of the cream of the crop."

They may differ on how to resolve the problem, but no one who writes, publishes or retails Christian books in Canada denies that their industry faces some serious challenges.

Of the upwards of 700 Christian bookstores across Canada, over half operate as small or very small businesses. But regardless of size, says Smith, "Sales right now are a challenge for all bookstores. . . . There's just so much competition."

Not only are the high-volume stores siphoning off the most high-profile Christian titles and selling them at discounted prices, more and more people are also buying products online. But Lee, who spent most of his career in marketing before buying Sign of the Fish last year, believes these "seismic shifts" are not unique to the Christian marketplace.

"This industry is undergoing the same changes that the book industry at large is undergoing. . . . Good grief! Indigo alone controls more than 50 per cent of the book trade overall in Canada -- and that's a monster astride the country," he says.

Smaller publishers are also being overshadowed by their more powerful American rivals. "Our sales are down this year a good 30 per cent. It's been terrible," says Willard, who owns Castle Quay Books and Bay Ridge Books, which between them publish about a dozen titles a year.

Some Canadian authors, such as Alberta humorist Phil Callaway (Golfing With the Master) and Vancouver Island pastor Mark Buchanan (The Rest of God), have succeeded in getting U.S. companies to publish them. But most writers are far less fortunate.

For Hird and others, including Lindquist, their only recourse has been to handle their own publishing and distribution. Since last year, Hird has sold (2,100)copies and has managed to get the book into (over 100) bookstores across Canada. It also won him The Word Guild's award this year for best independently published non-fiction book.

"There's a lot of negativity and timidity in Canadian culture around the area of books, and so . . . a lot of people basically tell you why things won't work," he says. "What I've discovered is that it's not easy, but it can work."

"Ed's an example of an author who maybe is doing what you need to do these days, which is getting out there and marketing your book . . . talking to every last retailer in the country," says Lee. "Locally, he was selling them out of his car."

But it is not an experience Hird would like to repeat. "For my next book, I'd rather have an established publisher who was able to run with a lot of it," he says.

Some opt for so-called vanity publishers, who turn manuscripts into finished books. But Lindquist, who has written nine books, does not recommend it. "You don't have quality control and a lot of things can happen," she says.

Even authors who have landed an American publishing deal caution this does not necessarily guarantee fame and fortune. Montreal writer Marg Buchanan's two books (Famous Jerks of the Bible and Parenting with Purpose) were both published in the U.S. -- breakthroughs that she credits ultimately to the sovereignty of God.

"Your manuscript has to land on the right day with the right person in the right mood. . . . It kind of has to be a slow period for the big names and they're looking for something to talk about," she says.

But despite twice getting accepted, Buchanan adds, "I got lost among the giants. The sales reps are not going to necessarily promote my book if the same house has put out a Max Lucado book that month."

In 2004, Buchanan put her book-writing projects on hold, so she could focus on raising her three children. She now works full-time for a Christian charity.

"If anybody thinks you're going to make money writing books, you need to take a long, quiet nap," says Lindquist. "It's not going to happen. Most people are subsidizing their writing either by working or, in my case, my husband has a good job."

Indicative of the challenges facing this community was the disbanding this spring after 39 years of the Christian Booksellers Association Canada. Faced with a declining membership, its board decided it had neither "the time, energy, finances or will to turn this ship around," chair Lando Klassen wrote in a statement to members.

In its place, Lindquist hopes to see a new national group emerge that embraces everyone 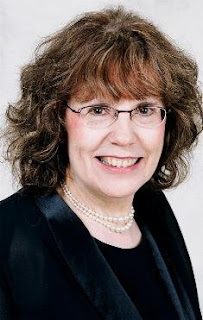 "We all need to be working together," she says, "because really we're on the same team and we're all trying to do, I hope, the same thing, which is to get the books that need to be read into the hands of the people that need to read them."

Smith sees more than a little irony in their current circumstances. "We got into this believing our products were worthwhile and of value in terms of spiritual development," she says. "And now that they're quite widely available, we're in a tough spot."

But for all the challenges and frustrations they face, neither can they overlook what they have going for them. As Buchanan realized, there can be a downside to signing with a big American publisher.

"You really are a small fish in a big sea, whereas in a smaller publishing house, you can be the big fish even if you're just a beginner, because maybe they only print four or five books a year and they can invest a little bit more time in your title," she says.

For Buchanan, the writing can be its own greatest reward. "I learn a lot by putting pen to paper," she says. "The book that I needed to read to change my own life [was the book] that I wrote. It impacted my life going through that process. And so that was a success."

Hird is thankful for The Word Guild. "They have been so helpful. These guys have been through the ropes," he says. "I have learned so much."

As for the booksellers, Smith believes they need to capitalize on what their secular competitors can never offer-a meeting place for people of kindred spirit.

"We really value service in a much deeper sense than others might," she says. "We are one of the few environments in which people of different backgrounds, different denominations, different churches, actually interact."

Lee too has a soft spot for people who come in with their new self-published book. "Even if it's kind of hokey looking and the cover's kind of sideways and I don't like the font, I'll take some and put them on the shelf-because I've been through this," he says. "I understand the gumption that requires."
p.s. In order to obtain a copy of the book 'Battle for the Soul of Canada', or any of our six books in paperback or ebook on Amazon, just click on this link.