-an article for the North Shore News ‘Spiritually Speaking’ column

-BC Entries to contest more than doubled

By the Rev. Ed Hird+

I was recently privileged to attend a black-tie affair at The Word Guild Writing Awards Gala at Wilfrid Laurier University in Waterloo, Ontario. The Awards Gala was hosted by Christine Williams, the producer and host of On The Line on CTS TV; and by Rick Gamble, formerly a reporter at CTV's Kitchener affiliate CKCO, now a communications instructor at Wilfrid Laurier University. Rudy Wiebe, one of Canada's most famous authors, was awarded the Leslie K. Tarr Award for outstanding career contribution to Christian writing and editing in Canada. Wiebe, 72, of Russian Mennonite heritage, is a twice-time winner of the Governor General's Literary

Awards for his novels “The Temptations of Big Bear” and “A Discovery of Strangers”. Wiebe’s latest book Of This Earth: A Mennonite Boyhood in the Boreal Forest (Knopf Canada) recently won the $25,000 Charles Taylor Prize for Literary Non-Fiction.

Wiebe admitted that he was surprised to be chosen for the Tarr award because he is better known in the secular market than in Christian circles. "I write realistic stories about people in tough situations who have problems and conflicts that are not easily resolved—not romances where everything ends nicely, " he explained in an interview. "But I think the Christian faith is pretty useless if it can't face the realistic things that happen to us in the world." Wiebe feels called to be a radical Jesus-follower in all that he does and writes. As he read to us in the plenary sessions from his eight novels, his Christ-centered passion for peace and reconciliation came strongly through.

There are now 270 writers with The Word Guild, a national organization of writers and editors who are Christians. I was privileged to join this year in the professional writer category, since the publishing of my new book ‘Battle for the Soul of Canada’. The Word Guild Awards honoured the most outstanding work published during 2006 in 31 categories of nonfiction books, novels, articles, columns, poems and song lyrics. A total of 53 awards were presented, to both winners (who received cash prizes) and to award of merit recipients, whose marks were close to those of the first-prize winners and who received certificates.

Best-selling Vancouver Island author and pastor Mark Buchanan won the Christian living category for the fourth time with his fourth book, for The Rest of God: Restoring Your Soul by Restoring Sabbath (Thomas Nelson). The Rev Dr. J. I. Packer of Regent College, Vancouver, received an award of merit for co-authoring Praying: Finding our Way Through Duty to Delight (InterVarsity Press). In the same hotly contested category, medical specialist Dr. Brad Burke of Windsor, Ont., received awards of merit for three books in his series An MD Examines, titled Is God Obsolete?, Does God Still Do Miracles?, and Why Does God Allow Suffering? (Cook).

BC authors have never done better than at the past Award Gala. The number of entries more 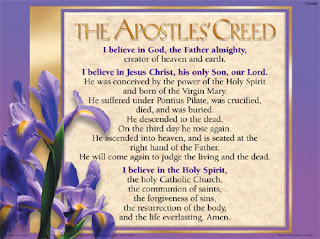 than doubled in the past three years in The Word Guild contest, which is open to any Canadian citizen or permanent resident who affirms The Apostles' Creed. A total of 231 entries were received. I myself was privileged to win top prize for independently published nonfiction book for Battle for the Soul of Canada: Raising Up the Emerging Generation of Leaders. I am so grateful to the North Shore News for all the encouragement they have given me in getting the word out about this North Shore-based book. I am also most grateful to Kevin Lee of Sign of the Fish bookstore and Indigo North Vancouver for supporting me through their book-signing event. So far I have sold over 1,400 books in around 55 bookstores across Canada.


The Reverend Dr. Ed Hird
p.s. In order to obtain a copy of the book 'Battle for the Soul of Canada', or any of our six books in paperback or ebook on Amazon, just click on this link.